You guys wanted David Skyler back and he is back and you will love every minute of it. 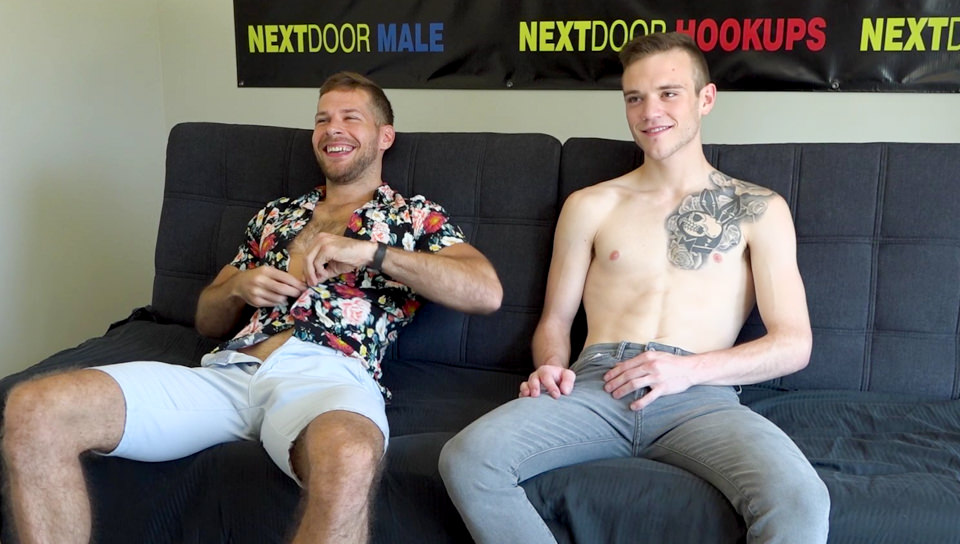 We didn’t think David would go all the way but our casting agent and Scott Finn made him feel so comfortable that he decided to go all the way with Scott.

The boys didn’t waste any time and Scott was devouring that long shaft of David’s taking every inch down his wet mouth.

David couldn’t believe it and our casting agent told him it was all up to him if he wanted to do anything else and later on David wanted to fuck Scott.

David is a champ for never having his cock sucked on by a guy let alone fucking a guy and he knocked both of those off the list today.

Check David out and let us know if you would like to see more of his tall sultry hunk.

All the Next Door Studios updates right here!